Love is my sin, and thy dear virtue hate,
Hate of my sin grounded on sinful loving.
O, but with mine compare thou thine own state,
And thou shalt find it merits not reproving;
Or if it do, not from those lips of thine
That have profaned their scarlet ornaments
And sealed false bonds of love as oft as mine,
Robbed others' beds' revenues of their rents.
Be it lawful I love thee as thou lov'st those
Whom thine eyes woo as mine importune thee.
Root pity in thy heart, that when it grows
Thy pity may deserve to pitied be.
If thou dost seek to have what thou dost hide,
By self example mayst thou be denied!

Listen to: Love is my Sin

Love is my Sin 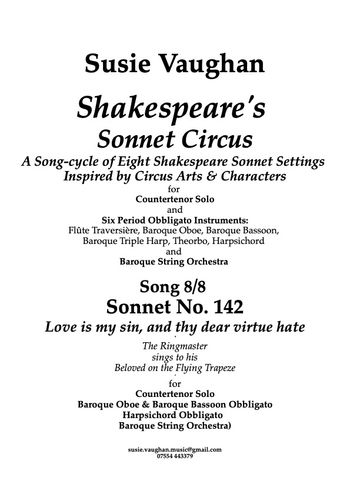 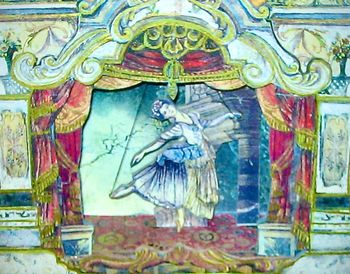 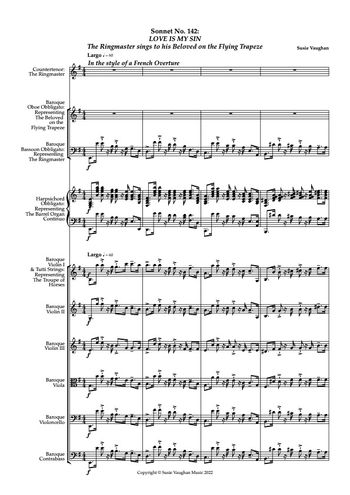 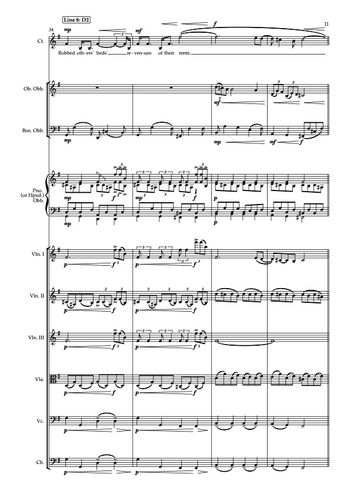 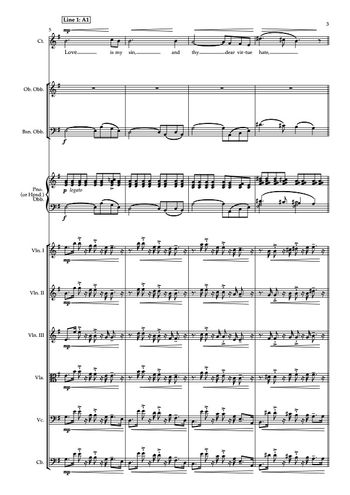 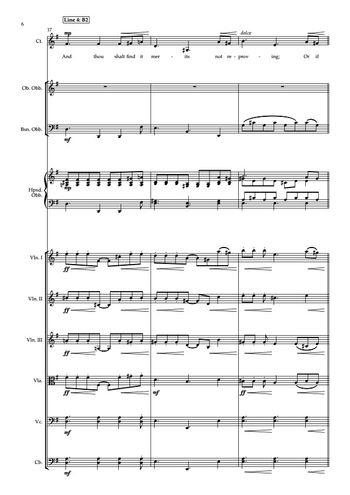 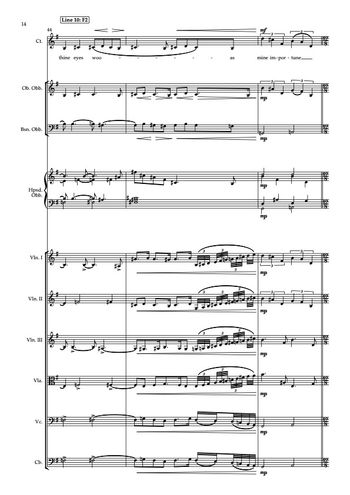 Song 2: No. 129: Th'expense of spirit is a waste of shame
The Knife Swallower, Countertenor, sings to his Beloved Fire Eater

Song 3: No. 130: My mistress' eyes are nothing like the sun
The Clown, Countertenor, sings to his Beloved Clown

Song 5: No. 139: O, call not me to justify the wrong
The Knife Thrower, Countertenor, sings to his Beloved Lady Target

Song 6: No. 140: Be wise as thou art cruel; do not press
The Illusionist, Countertenor, sings to his Beloved Assistant

These songs are inspired by Circus Arts & Characters. The choice of Circus Character for each song relates to the literary allusions in the Sonnets. For example: No. 139 O, call me not to justify the wrong has fencing and sword/blade allusions:

and so is sung by the Knife Thrower to his Beloved Lady Target.

The songs were also inspired by Paul Edmondson and Stanley Wells' new edition All the Sonnets of Shakespeare, which lays the sonnets out in their probable chronological (and thematic) order.

There is a programmatic element to each song that can be performed in 3 ways:

1. As a concert work: with the programmatic element, inspired as it is by Circus characters, implicit within the work.

2. As a staged performance in a theatrical setting: where the programmatic element is alluded to with the mise en scène: costume, setting, lighting, light installation, cinematic backdrop, animation, movement & props. The Countertenor and Baroque Orchestra would be performing on stage as part of the action. The Eight Characters of the Speaker (the Countertenor), and the Eight Characters of the Beloved to whom he sings each song, could be represented by a Pair of Dancers, with costume changes for each song.

3. In a real live Circus setting: with real live Circus performers, where the programmatic element is fully staged and enacted with the Countertenor and Baroque Orchestra performing the music live. Our wonderful local Giffords Circus could be approached about a possible collaboration.

PROGRAMMATIC ELEMENT OF:
Song 8: No. 142: Love is my sin, and thy dear virtue hate

The programmatic element of this piece explores ideas of Time in Slow Motion and Stasis:

The Ringmaster, Countertenor Solo, sings to his Beloved on the Flying Trapeze of their mutual transgressions. He marches around the Ring leading his Troupe of Horses accompanied by the Baroque Strings, playing in the style of a French Overture, and the Barrel Organ Continuo, played by the Harpsichord Obbligato. The Ringmaster is represented by the Baroque Bassoon Obbligato. As the Ringmaster looks up at his Beloved on the Flying Trapeze, Time goes into Slow Motion and Stasis (Bar 23). The Baroque Oboe Obbligato enters here with the Baroque Violin Solo. The Ringmaster appeals to his Beloved on the Flying Trapeze to consider her own faults: Like a Prayer (Bar 43). The music moves through a descending chromatic bass line with false relations clashing over the top. She then descends on the Trapeze to pull him up into the air where they perform a Barcarolle Pas de Deux en L'Air (Bar 48). As he chastises her lack of pity, she lowers him to the ground (Bar 54). The Baroque Oboe and Baroque Bassoon Obbligato then play out their entwined themes to the accompaniment of the French Overture Theme played by the Strings, which represent the Troupe of Horses (Bar 58). The song is accompanied throughout by the quaver Barrel Organ Continuo part played by the Harpsichord Obbligato. The Barrel Organ starts to grind down and the French Overture Theme descends in pitch and is given over to the Cellos and Double Bass (Bar 74). At the end, in the final Bar 78, having heeded his warning to 'root pity' in her heart, the Beloved rapidly descends on the Flying Trapeze and lands in the Ringmaster’s arms!